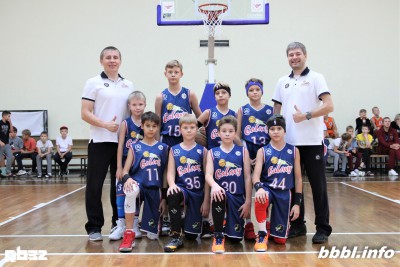 How far do you go to your basketball games? The guys from the Russian team Krasnoyarsk “Galaxy” will travel to Latvia at least three times this season to play in the BBBL stages. 5,100 km in one direction every time! Their coach Alexander Loiko wants the “Galaxy” to do it also for the fourth time – to play in the final round too!

Why BBBL? “For 9 and 10 years old basketball players there is very few other opportunities to participate in tournaments. In Russia, tournaments start only at the age of 12. For the first time, we were with this team in a tournament in Riga. We do not regret that we have come this long way. We’ve had a lot of positive emotions; experience and we’ve played with teams from whom we can learn a lot. The parents of the boys were with us in Riga. Just good feedback on BBBL’s tournament, games and whole organization. ”

What should the budget be? “The most expensive is the flight Krasnoyarsk – Moscow – Riga – Moscow – Krasnoyarsk. About 450 Euro per person. First a five-hour flight to Moscow, then an hour and 20 minutes to Riga. We are Krasnoyarsk City Sports School. We are only funded for official tournaments. To compete in other tournaments, we established a basketball club called “Galaxy”. Travel funding comes from sponsors, parents, and friends. The costs are high. But it’s worth it! No doubt! ”

Why Galaxy? “In Krasnoyarsk, in almost every sport, the name of the team is in honor of our river Yenisei. We wanted to be different. We are a children’s sports school, so the name is international and modern – “Galaxy”.

“Galaxy” basketball players won three wins in five games in the first round of the BBBL U11. The next time “Galaxy“ will come to visit in late November.  Russian team will play in Tukums gym. 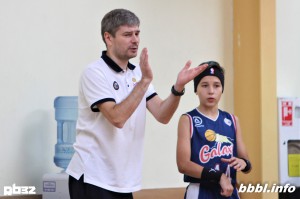