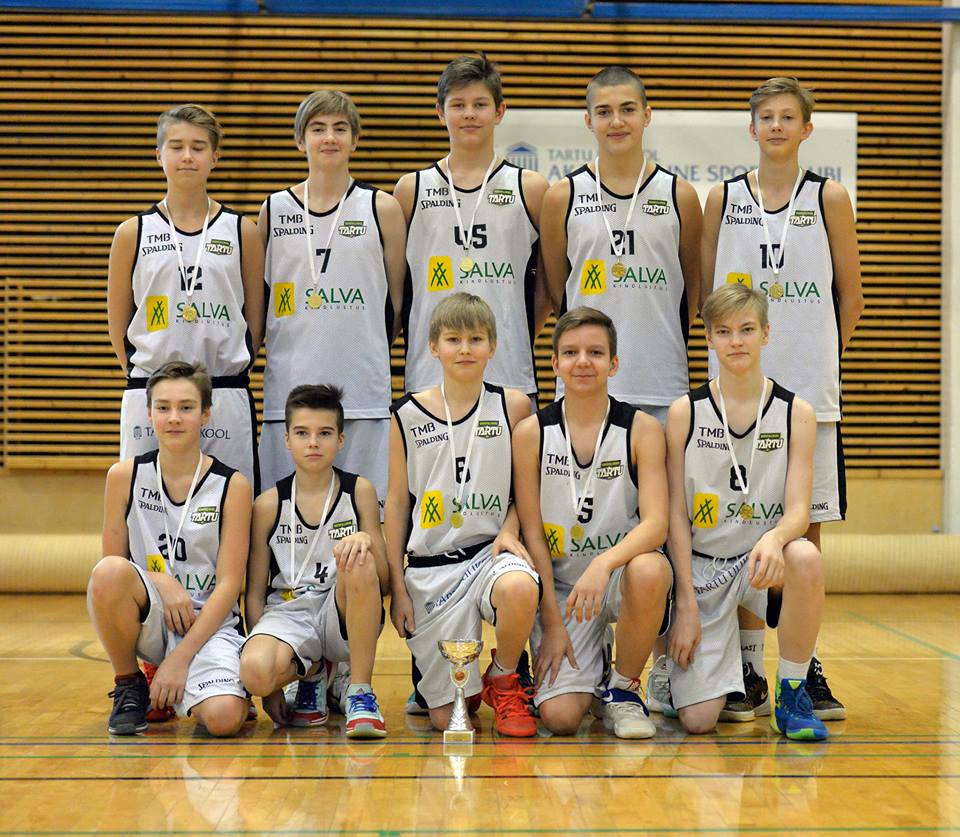 The U14 Baltic Boys Basketball League stage was held in Tartu, Estonia last weekend, March 17-19. It featured 8 teams from Estonia, Latvia, Lithuania and Finland. In addition to the home team BC Tartu, Audentese SK, BC Kalev/Fenster, TSK Altius (all Estonia), Aska, Saule (both Lithuania), Honka (Finland) and Ruijena (Latvia) attended.

Two of the teams emerged from the 3 day stage with a clean record – the desired 5-0 score was shared by the hosts, BC Tartu and the Lithuanian Saule. However, the +/- score established Tartu as the stage winner, leaving Saule in second place. The third place battle was held in the very last game on Sunday, with Audentese SK and Kalev/Fenster playing very evenly throughout the game. In the end, Audentes managed to pull ahead slightly and secured the third place with a 3-2 win-loss score.

Once again, BC Tartu thanks all the participants for attending! We hope everyone went home with plenty of new game experience and an even bigger love for the game. A big thank you also goes out to the parents and friends who took the time to come see the games and cheer the teams on.

See you on court soon!